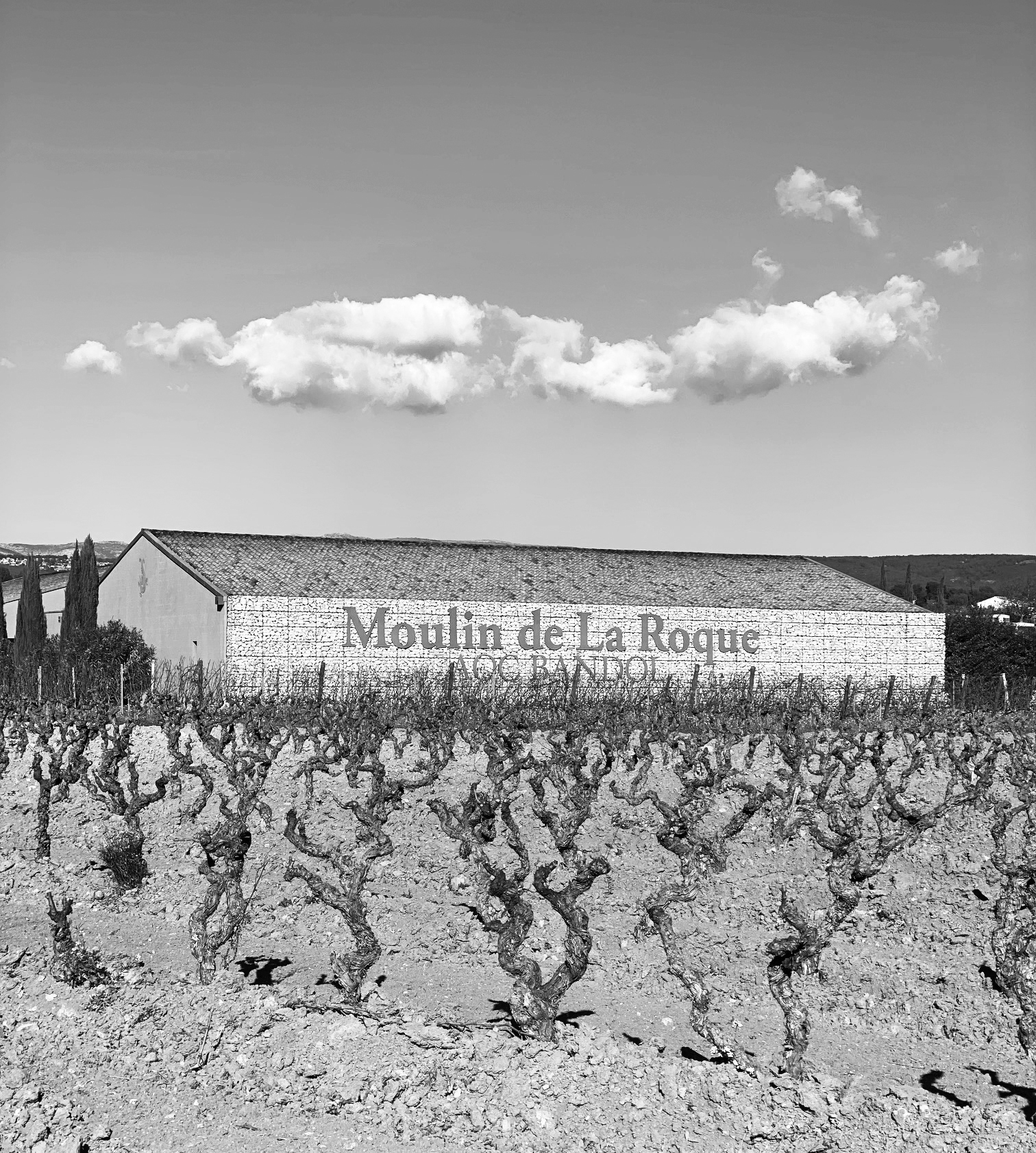 Bandol takes its name from the port from which the produce of the surrounding vineyards has been shipped for the last 200 years. Until the harbour at Bandol was built, it is said that barrels of wine were thrown into the sea to be taken on board by ships anchored off the coast. Any prosperity vanished with the arrival of phylloxera, which virtually destroyed the vineyards here. Few had the heart to replant and those that did mostly chose hybrids. Although it was one of the earlier appellations – dating from 1941 – Bandol had to wait until the middle of the twentieth century for its renaissance.

The appellation covers the eight communes, with the area under vine totalling some 1,300 hectares, a considerable increase from the 100 hectares remaining in 1941. At that time, Mourvèdre needed only to account for a minimum of 10 percent for red wines but, since 1986, fifty per cent is the absolute minimum and the better wines contain much more.

Indisputably it is Mourvèdre that gives the red Bandol its character. Indeed, it is the only French appellation where it is the lead variety. Here, the grape shows its true quality and potential, unmatched anywhere else. It is said that Mourvèdre likes to see the sea, for it enjoys the sea breezes, but it also demands hot Provençal sunshine and it prefers clay soils.

The soil here is very poor. A mixture of clay, gravel and limestone, although proportions vary considerably within the area. The region is also known to geologists for the Renversement du Beausset, a formation in which the geological layers have somersaulted, so that the older rocks lie above the later ones.

The use of mechanical harvesting is impractical due to the style of terracing used on the hillsides and is prohibited by the appellation rules.

Bandol rouge used to account for almost 70% of the production, although the fashion for rosé has seen that percentage diminish. The appellation dictates that the red wines are obliged to spend at least 18 months in oak before bottling.

Bandol rosé comes from the same permitted grape varieties as the red but tends to contain more Grenache and Cinsault. Today, pink wines account for nearly 80% of the wines produced.

White Bandol is based on Clairette and Ugni Blanc and represents just 3% of the appellation.

The Côtes de Provence appellation spans more than 20,000 hectares and three departments: the Var, the Bouches-du-Rhône and one village in the Alpes-Maritimes, for a total of 84 communes.

The landscape here is beautiful. The most remarkable sites include Mont Sainte-Victoire and the mountains of Sainte-Baume. The West and North parts of the appellation rest on a limestone bed sculpted by erosion, whilst in the Eastern area and facing the sea, sit the Maures and Tanneron Massifs. The landscape is made up of hills and small mountains with gentle curves, covered with forests.

These two geological areas correspond to two plant formations characteristic of the Mediterranean: the garrigue, on calcareous soil, and the maquis, on crystalline soil. Neither of these two types of vegetation creates substantial humus. As a rule, the vineyard soils of Provence are poor, but well-drained. This shallow land, with no excess humidity, is ideal for the vine and for practicing organic viticulture.

In Provence, blending is a very old wine-making tradition. More than a dozen varietals are used within the appellation. Some form a foundation that can be found in the majority of the wines, whilst others are more specific to certain regions.

In 1950, the co-operative cellars in Saint-Cyr, Sanary-sur-Mer and Cadière -d’Azur amalgamated to create Moulin de la Roque, within a disused 16th Century flour mill. In 2006, the cellar was joined by Les Maitres Vignerons du Beausset. By 2012, a new cellar at the foot of the fortified village of La Cadière d’Azur had been constructed. Vinification remains at the original moulin cellar, with all blending, ageing and bottling conducted at the new facility.

With 200 members, holdings of some 313 hectares of vines, representing some 20% of the whole Bandol appellation, Moulin de la Roque is a formidable force in maintaining the reputation for what is the regions most celebrated wine.

The addition of Les Maitres Vignerons du Beausset cellar saw the introduction of vineyards within the Côtes de Provence appellation to the range. These now account for 20% of the cellar’s total production.

Bandol Blanc – A blend of Clairette and Ugni Blanc, vinified in tank and bottled in the spring following the harvest.

Bandol Rosé – Here the blend is Mourvèdre, Grenache, Carignan and Syrah. The appellation law states that the wine cannot be released until after 1st March following the vintage. Although pale in colour, this is a rosé de garde, with the ability to age and evolve over several years.

Bandol Rouge – A blend of 95% Mourvèdre and 5% Carignan. The wine is aged for the obligatory 18 months in oak barrels before bottling. It is usual for the wine to enjoy further extended bottle ageing before release.

‘Roque Stars’ Côtes de Provence Blanc – is a blend of 60% Ugni Blanc and 40% Clairette. Fermented in tank and bottled in the spring following the harvest.

‘Roque Stars’ Côtes de Provence Rosé – is a blend of Grenache, Mourvèdre, Cinsault, Syrah and Carignan. Fermented in tank and bottled in the spring following the harvest.

There is an obvious connection between the words ‘Roque’ and ‘Stars’, so it was an easy decision to create some packaging commensurate with the title.

So you want to be a rock and roll star?
Then listen now to what I say
Just get an electric guitar
Then take some time and learn how to play

Don’t forget what you are, you’re a rock and roll star