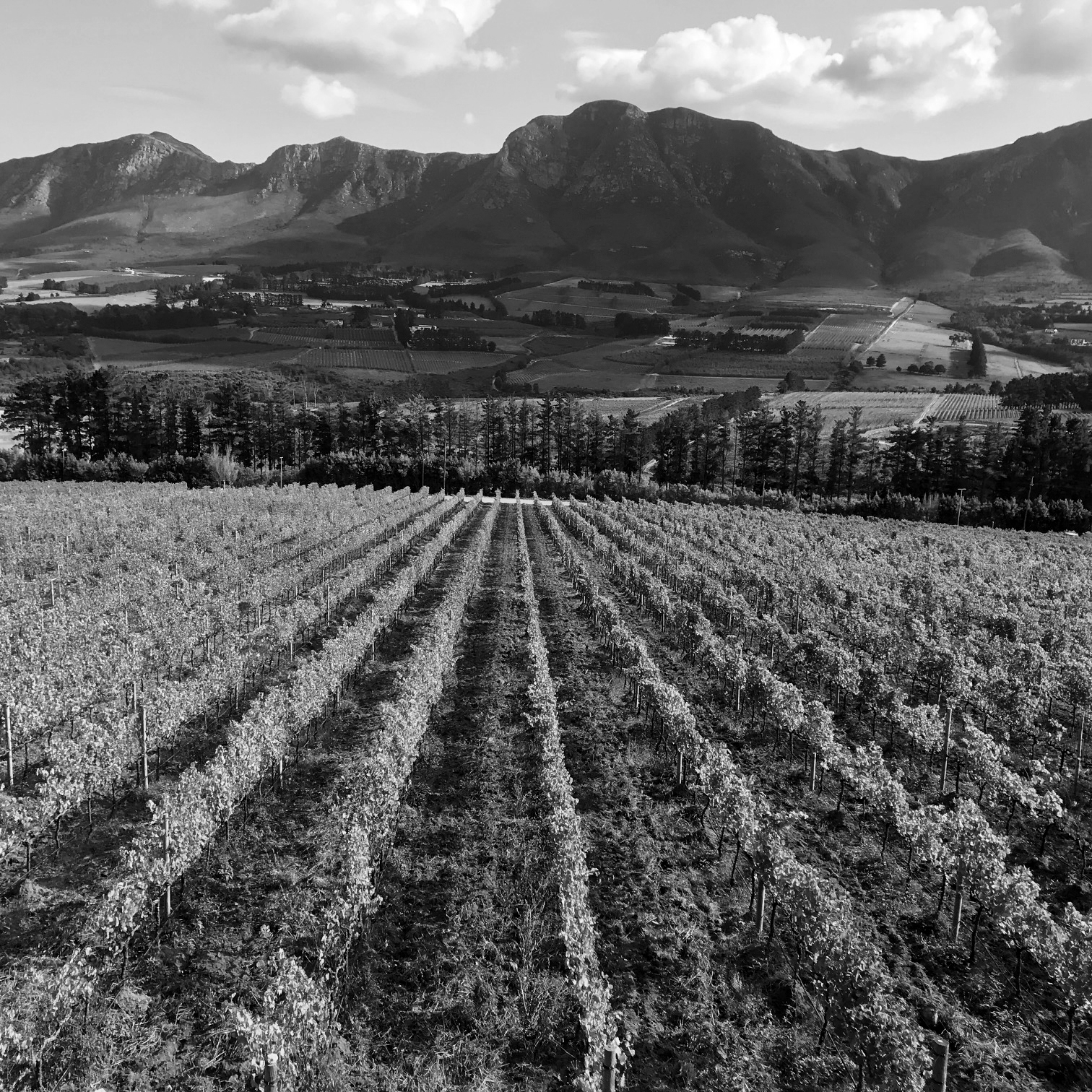 Newton Johnson was founded in the mid-1990s by Cape Wine Master, Dave Johnson and his wife, Felicity (Née Newton). Over the past twenty years, the winery has built a reputation for producing some of the Cape’s finest Pinot Noir’s. This is not a massive surprise since Dave’s CWM thesis was on the variety.

Add to that one of the smartest Chardonnay’s in the country plus, more recently, a pair of outstanding Rhône style wines. The result? Well, three Patter Five Stars in the 2016 guide is a good benchmark to start with.

The first vintage was released in 1997 and all vinified from bought-in fruit. That was in a cellar located above the already established vineyards of Hamilton Russell and Bouchard Finlayson, both of whom had pioneered the Hemel-en-Aarde valley through the 1980s and 1990s, proving that this was a credible place to plant Pinot Noir and Chardonnay. 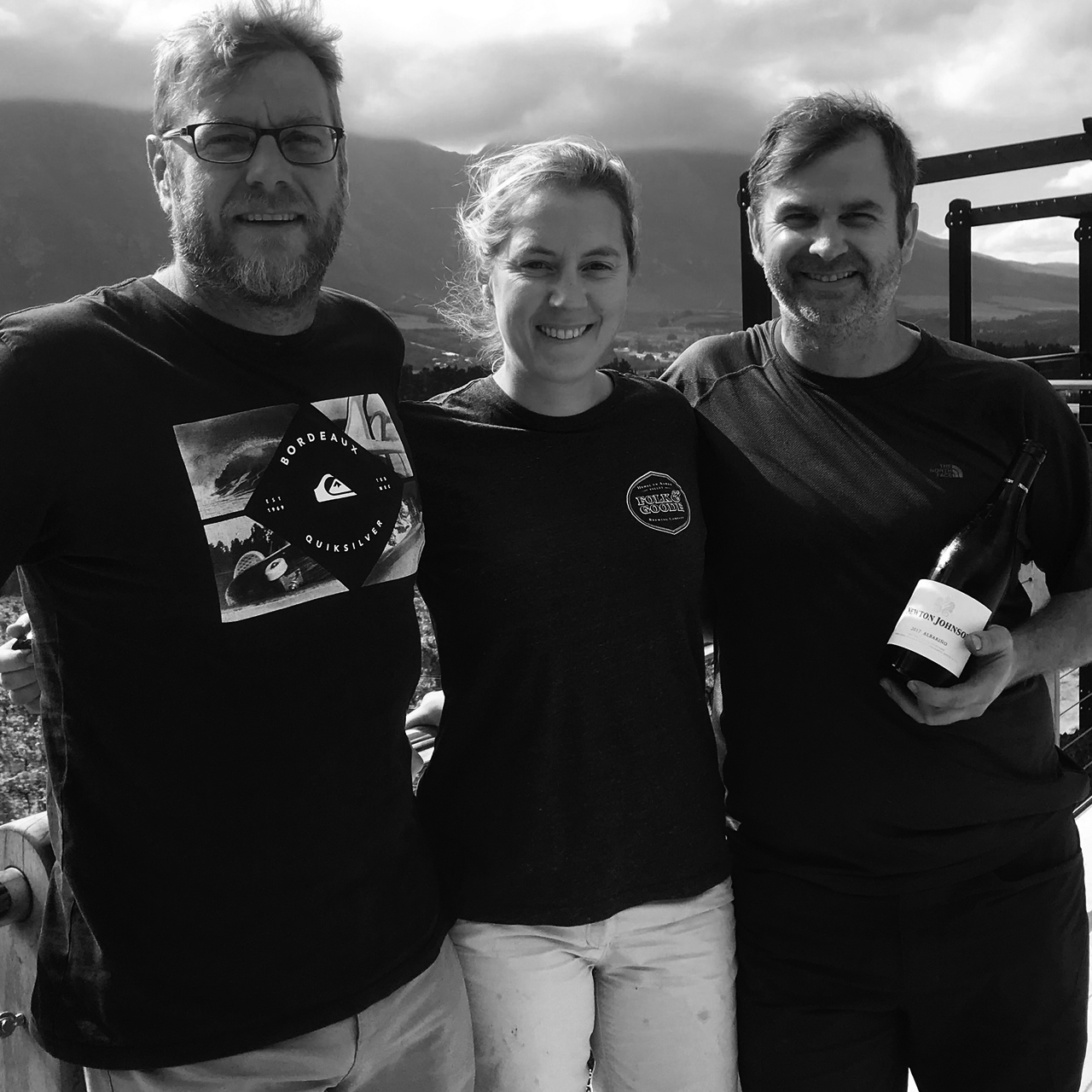 Dave and Felicity bought the current farm in 2001, it was virgin land. A good place to start from scratch, since the soils were untainted with any chemicals. There was also a conscious effort to plant only the best vine stock that was also free of any virus. Having established the vineyards and built themselves a new cellar, their reputation accelerated quickly once they began to work with their own fruit in 2009.

Today, there are 15 hectares of vines planted on north-facing slopes of the Upper Hemel-en-Aadre Valley, with a further 3.5 hectares on south-facing sites and which are planted exclusively to Pinot Noir and Chardonnay, orientated directly towards the cooling influence of the South Atlantic Ocean. Rain here is plentiful in both the winter and spring (around 85cm per year) and the vines need little or no irrigation. The soils are based on a vein of igneous, decomposed granite which the N-Js believe provides the linear and a particular perfumed quality to their estate-grown wines.

In addition, they work closely with growers from around the Hemel-en-Aarde valley, Elgin and source some Chardonnay from high altitude vineyards in Villierdorp.

Right from the outset, Dave and Felicity’s two sons were involved with the development of the business. Bevan, who now looks after all the commercial aspects of the farm and Gordon, who partners his wife Nadia are the winemaking team. Despite their relative youth, Gordon and Nadia have 30 years of vintage experience between them. Despite studying economics at university, Gordon returned to take charge of the winemaking on the farm in 1999. It was during the 2004 harvest that Gordon met Nadia who was working a stage in the valley. Coming from a family of 6th generation wine-growers in Eilandia, an enclosed valley, close to Robertson, it was a given that Nadia would also have a vinous career ahead of her once she had completed a degree in oenology and viticulture at Stellenbosch University.

Whilst the Chardonnay and Pinot Noir wines might be seen as the signature grapes of the Hemel-en-Aarde, the two Syrah-based wines should not be over-looked. Full Stop Rock takes its name from the infamous rock well known to the winemaking-surfer-dudes on the surf-break at Cape St Francis. The vineyard itself is directly opposite the cellar and is planted mostly to Syrah, with Grenache and Mourvèdre each representing around 10% of the final blend. Whilst the top of the slope is trellised, the bottom corner is covered in boulders, so the vines are grown in the high density en échelas system (trained on a single pole) as seen in Côte Rôtie. It is from these vines that the ‘Granum’ cuvée is sourced. Both wines display the finesse one would expect to find in Burgundy. Imagine putting someone of the calibre of Ghislaine Barthod into the cellar of Marcel Guigal and asking her to vinify his Syrah grapes from La Landonne. You get the picture…

From a process started in 2008, the first South African Albariño produced commercially was released from the 2014 vintage. From 10 initial cuttings sourced from UC Davis, there is now a quarter-hectare of 800 vines planted, with a view to grow this to a maximum of three hectares over time.

More details on the Newton Johnson and their wines can be found on their excellent website. This includes fiches and pack-shots of all the wines. The link can be found here: