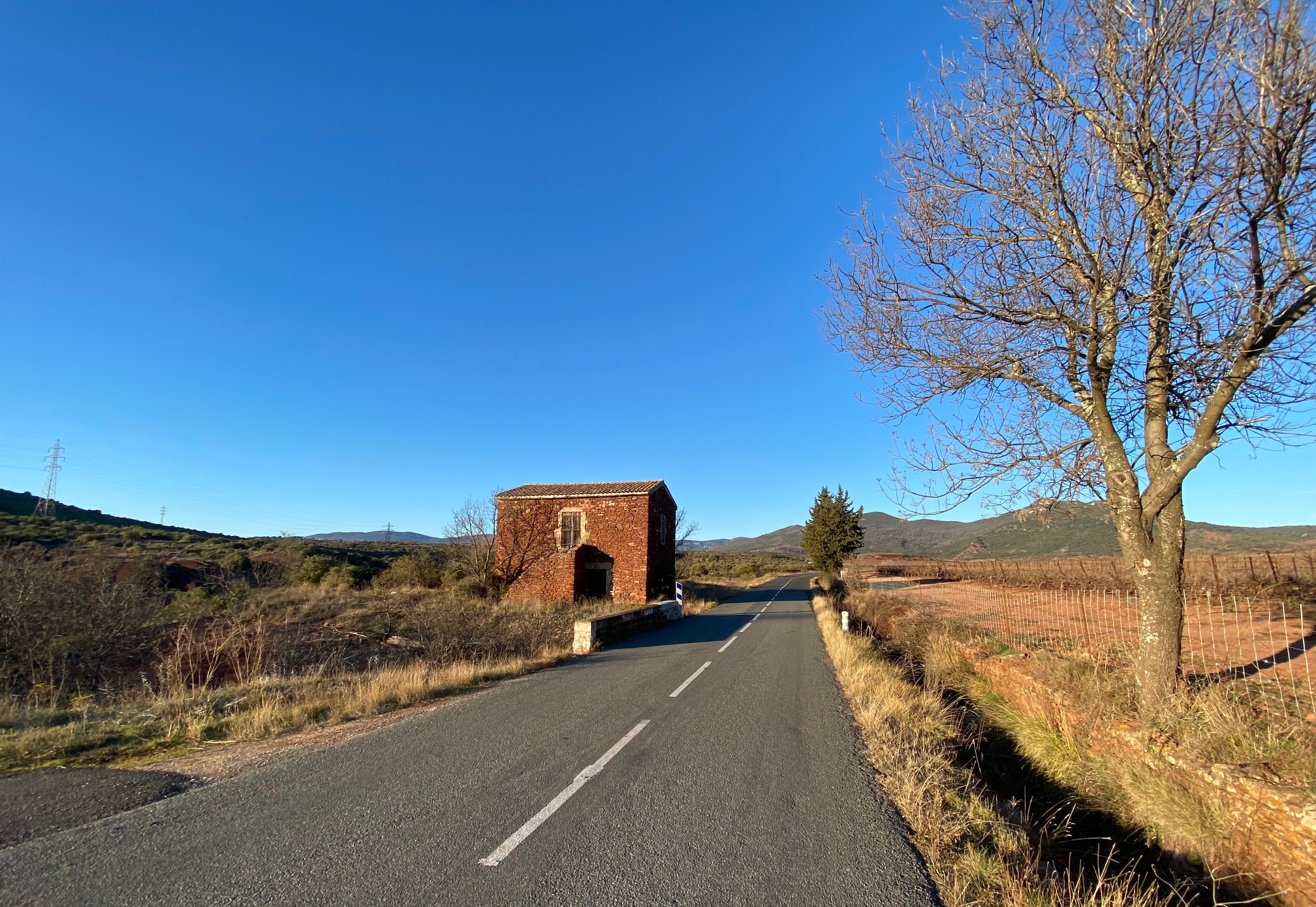 The Terrasses du Larzac appellation is located on the southern slopes of the Cevennes and are some of the highest vineyards in the Côteaux du Languedoc region. It was created in 2014, exclusively for red wines produced from Syrah, Grenache and Mourvèdre, with the addition of Cinsaut and Carignan. There are 32 communes permitted to produce Terrasses du Larzac, which are spread over some 600 hectares.

The area is in an asymmetrical V shape crossed by the north-south flowing river Hérault. The mountainous Causse du Larzac runs along the entire northern boundary. At the foot of the Causse du Larzac there are a succession of old and mostly abandoned terraces which once hosted both vines and olive trees.

The climate zone with the widest temperature variations in the region. It enjoys relatively cool summer nights thanks to its distance from the sea and proximity to the Causse. As a result, the grapes mature slowly and steadily which is beneficial both to the colour and aromatic quality in the resulting wines. Red sand and compacted clay-stone soils known locally as ruffes exist in horizontal layers. Closer to the river, limestone deposits are found. On the higher slopes, the soil is predominately made up of schist.

In the 20th Century, it was pioneers such as Aimé Guibert of Mas de Daumas Gassac in and Olivier Jullien who led the way to a rediscovery of quality winemaking in the region. This inspired countless other growers and created interest from foreign investors, most notably (and controversially) from a certain Robert Mondavi.

Today, there are over 100 private producers, with some 40 new domaine created since the appellation was created. For those who secured land prior to the founding of the AC, prices were as low as € 2,000 per hectare. The increased interest in the Terrasses du Larzac region means that land within the appellation now commands around € 24,000 per hectare.

Domaine Le Clos Rouge was created in 2013 by Krystel Brot-Weissenbach and Joël Peyre. Located in Saint-Jean-de-la-Blaquière, the vineyards sit within the heart of the Terrasses du Larzac appellation on a terroir of iron-rich red ruffles and schist.

Both Krystel and Joël hail from Montpellier and come to wine after a career in medicine. They started their venture with two hectares of vines, purchased from an old vigneron who supplied grapes to the co-operative cellar in Saint-Félix-de-Lodez. Gradually, acquiring a couple of hectares at a time, they now work 11.5 hectares of vines, spread over 25 parcels, all of which are within around 6km of the cellar.

Half the vineyards are located on the higher slopes of the Cirque de Blaquière where schist soils dominate. One vineyard under their ownership is known as the schist de chanson, since this rings like a bell when one walks through the vines. The other half of their holdings are on the rich red soils of the plain below.

Although this is red wine country, the couple produce one white wine under the generic Languedoc appellation: a blend of Grenache and Vermentino.

There are four red wines produced:

Piccolo is an IGP Pays d’Hérault produced 100% from Cinsault grown on both ruffes and schist. Fermented and raised for a short period in fibre glass tanks, it is bottled in the spring following the harvest. At around 14% alcohol, it is dangerously drinkable.

Cocagne is a blend of 60% Carignan, 30% Syrah and 10% young vine Grenache. Also raised in fibre glass, it too is bottled early to preserve the freshness.

Alerte Rouge is classified as Terrasses du Larzac and is a blend of 50% Grenache, 30% Carignan and 20% Syrah. It is the most important volume wine in the cellar. Sourced from the ruffes soils of the plain, from vines ranging from 40 to 60 years of age. The grapes are vinified apart and blended prior to bottling.

Babel is also classified as Terrasses du Larzac, with a blend of 50% Syrah grown on the schist de chanson, plus 30% Grenache and 20% Cinsault, also from the higher elevation slopes. The wine spends 24 months in barrel and whilst marked by the oak, is a very smart, juicy and supple wine with real mineral expression and fine grained, granular tannins to support the fruit.